Jed Fink literally grew up in the building business. His earliest life memories include recollections of being seated at the family dinner table as he would listen intently to his father, Steve, a master builder by trade. His dad would share current happenings centered on whatever project he was engaged – discussing challenges, progress and accomplishments. Even in childhood, Jed knew that his own professional path would one day follow that of his father’s.

Today, and now twenty five years after his very first apprenticeship working at his father’s side, Jed is at the helm of Fink Builders L.L.C., a licensed contractor based in Austeritz, NY. Combining creativity, a strong detail orientation and a traditional value system, he has evolved the family enterprise into a full service building company with a portfolio that encompasses hundreds of projects which have a wide range of diversity. Whether replacing a kitchen backsplash or rebuilding bathrooms and kitchens to creating beautiful new custom built homes of several thousand square feet, Jed takes enormous pride in the company’s longstanding reputation of delivering custom crafted solutions.

Throughout the years, Jed has kept his work ethic and philosophy the same as what his Dad consistently practiced and instilled in him long ago, in these very words: Don’t lose sight of your beginnings; remember that the immediate project you are working on is likely the most important aspect of your customers life at that moment; treat it and them with the highest level of integrity. “That philosophy,” says Jed “has translated into hundreds of very satisfied clients.” He holds true to what he learned many years ago because he completely understands that people deserve to be treated with the highest degree of respect and dignity. 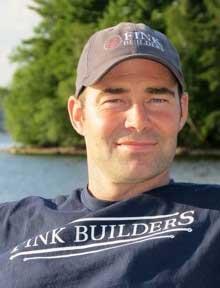 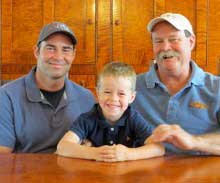